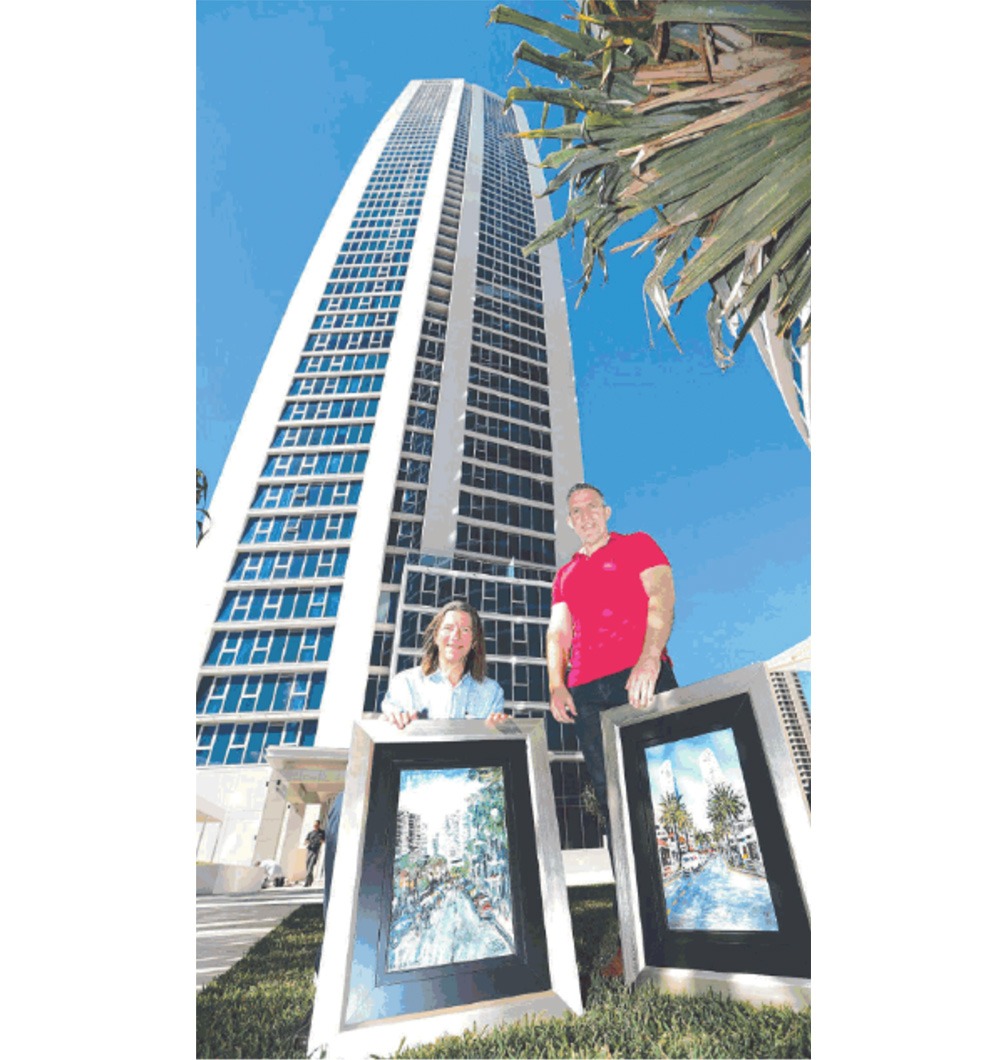 Pro Hart, who died in 2006, painted a cityscape of Orchid Ave at Surfers Paradise more than 30 years ago.  New Hilton owner Jerry Schwartz, a big fan of Hart’s work, recently secured the original piece but there was a problem – his new pride and joy was missing fro the skyline.

“The man who sold me the painting knew David and suggested I commission an update version of the painting which included the Hilton, which I did,” he said.

Read more of the story written by Talisa Eley

David’s work is not easily placed within the boundaries of a single style or genre. He’s an avid explorer, and his expression has always been underpinned by his passion to push the boundaries of mediums and new applications. He believes experimentation has always been his greatest teacher, and it is through his discoveries, mistakes, and accidents that his greatest works have been created.